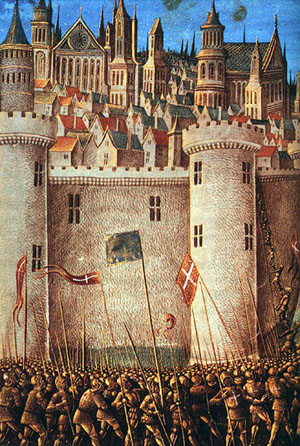 A Modern, Non-Religious Interpretation of God

CAVEAT: I can speak only for myself. This is my opinion, and not the truth. YMMV God is a charged word, and it means something different for all of us.  For me, God is infinity.  A concept that people attempt to grasp, describing something unknowable, and unnameable:  Everything and nothing.   People seek to define that totality, into a box of understanding, or a face, or a concept, and those limits on the scope of a higher power cause some people to resent the word, and the doctrines associated with it.

To encompass everything and nothing into a concept turns it into something, which is some of Everything, and none of nothing.

God is simply a word that has the meaning and value we place upon it.  When we bind the scope of the concept in any way, we cut ourselves off from some of Everything, and none of nothing.   I must first express that God created Everything before I can experience that Creation.  The infinite exists whether I say it does or not, and I may have an awareness of it that cannot be put into words.  In the moment I can express that awareness of it in language, it becomes real for me, a thing to Exalt.  Clearly defined, understood, and placed neatly within the confines of its box.  It becomes Something.  A piece of Everything, and none of nothing.

The flip side of my corporeal limitation is the limitlessness of the universe.  Both the yang of the infinite and the yin of no thing at all make up the essence of my higher power.  I am but a Something that is part of Everything.  And none of nothing.

There is no separation between myself and god, for to separate myself is to limit the scope of my higher power.  The universe would not be complete.  I am not significant, I merely matter.  I am a grain of dust, a spark, a small piece of Everything and none of nothing.

We fully cannot comprehend infinity; our understanding is finite.  The moment we label nothing, it becomes Something.  To define the scope of Everything, we reduce the scope of all things to Something.

I think that the doctrines associated with God, the “words of God”, are designed to bring order to the chaos of humanity.the human condition.  A method of cultivating civilization.  The idea isn’t necessarily that God banned it, it’s a matter of respecting other people’s right to exist, as we would want others to honor our own.

As the Philosopher George Carlin said, “About five thousand years ago, a bunch of reli­gious and political hustlers got together to figure out how they could control people and keep them in line… [D]eciding on Ten Commandments was clearly a marketing decision… In truth, it’s a political document, artificially inflated to sell better.”

“But, if you give it a little thought, you realize that religion has never really had a problem with murder. Not really. More people have been killed in the name of God than for any other reason… To cite a few examples, just think about Irish history, the Middle East, the Crusades, the Inquisition, our own abortion-doctor killings and, yes, the World Trade Center to see how seriously religious people take Thou Shalt Not Kill…”

People reduce the scope of God to Something to make sense of the limitless of all things, and to justify the things we do to survive.  To ease the pain of feeling alone and insignificant.  There is great freedom in knowing that life isn’t significant.  The universe is essentially kind and benevolent.

God’s body is all matter, pulse is time, and spirit is all energy.  And it’s essence is nothing.

3 Responses to A Modern, Non-Religious Interpretation of God

This site uses Akismet to reduce spam. Learn how your comment data is processed.