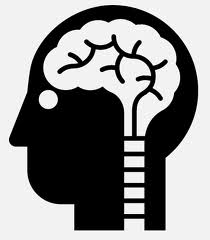 Leadership goes beyond just “management”. A look at some of the common characteristics that seem to underlie the common successes of great leaders.

Several years ago, while traveling in Europe with my wife, we found ourselves right in the middle of the conflict between the United States and Libya.

We had just entered West Germany, when a suspected Libyan terrorist blew up a pub, killing several Americans. Several days later, just as we were arriving in France, the United States responded by strategically bombing Libya.

While in France, as I listened as 80% of the European world criticized President Reagan for the retaliation, it occurred to me that the price of Mr. Reagan’s leadership must have truly been loneliness.

As we flew on to England, the criticism had grown, this time aimed at Prime Minister Margaret Thatcher. According to the Gallup poll taken that day, 65% of her own people leveled some of the harshest criticism on her administration for allowing the American bombers to fly from England’s shores. The French, who refused our request for help, were praised for their so-called restraint. Mrs. Thatcher, that gutsy lady who made a gutsy decision, was, instead rebuffed by her own people.

In both cases, responsible leaders made courageous decisions in what they perceived was the best interest of their people. Neither won the popularity contest, yet both, given the opportunity to decide again, would probably make the same decision today.

There are two major misconceptions in America today concerning leadership. The first is that many people confuse leadership with management. They are not the same. Leadership is deeply rooted philosophy. Management is the appropriation of certain skills to complete the tasks one faces. The second misconception is that people are born with the skills necessary to succeed. They aren’t necessarily born with any skills. Skills are developed and learned. Leadership is all about developing those skills to their maximum level of efficiency in an organization.

They have a vision for the future that is founded on a sound set of personal goals and business principles. They know where they’re headed in life. More often than not, that direction is clearly marked in a written format that includes several key ingredients. First, they know how they want to feel after the game is over. They have the capacity to imagine themselves in “victory lane.” Second, their objective is quite specifically defined. If they wish to lose weight, for example, they know specifically how much they want to knock off. If they wish wealth, they know exactly what it is that they desire to have. Third, they place deadlines on themselves. In short, they make a contract with themselves and they abide by cutoff dates. Fourth, they clearly define the obstacles that stand in the way of the goal. Knowing what to overcome is half the battle. Finally, they hop in, do it, adjust from failure and do it again until they reach their objective — not by trial and error but rather by trial and success.

The old expression “ready, aim, fire” might best describe the leadership philosophy among today’s current success stories in leadership. They make decisions and then live with the consequences. They’re risk takers, boardroom riverboat gamblers who are determined to get the most from their company and their product. They are well aware of the fact that indecision is, in fact, decision. They don’t want critical decisions being left to fate, time, circumstances or default. They want the right to decide, even if they fail.

They understand that failure is the process by which we succeed. They know that a certain number of failures must accompany every success. The baseball hitter that’s hitting .333 is failing two out of every three times he travels to the plate. He earns over a million bucks a year. Yet the guy who’s hitting .250 only earns a fraction of that. Yet the difference between them is only one more hit in every twenty times at bat! As management guru Tom Peters puts it, people have got to learn to fail faster in order to keep up in the changing business world.

4. Great leaders aren’t concerned about what others think about them.

If leadership boiled down to someone taking a poll and deciding on what the majority thought at the very instant in time, then Mr. Gallup would be our president. Successful leaders don’t make decisions based on what’s going to make them popular. They analyze the situation and decide what’s in the best interest of the majority concerned. Many times, that decision is very lonely.

5. Great leaders subscribe to a set of standards on which they will not veer.

One of the truly great hallmarks of Ronald Reagan’s Presidency is the fact that, like him or not, you never have to question where he stands on an issue. He never once vacillated on the issue of abortion. You know right where he stands on taxation. The lone wrinkle in the armor was his indiscretion in trying to bargain with the Iranians. Even that “high risk” venture could have landed on its feet, as did the bombing of Libya, had all the pieces of the puzzle come together. He was within an inch of being a hero. This kind of hero/goat relationship is constructed on foundation that is based solidly on a set of standards.

There used to be a time when the word “honest” was considered sort of corny. Fairness and justice were never the issue — only profit. Today’s great leaders have found it profitable to be honest. When some crazy sabotaged Tylenol, Johnson & Johnson didn’t say, “It’s not our fault.” Instead, they faced the issue head up, and this stands today as one of the great corporate leadership decisions of our time. Because they respected the rights of their customers so much that they were willing to take a short-term $100 million-plus loss for the benefit of staying atop the world’s corporate leadership. It was, in fact, the right thing to do for all the right reasons, and Johnson & Johnson has rebounded nicely, proving again why it’s in fact one of the great corporations in the world today.

7. Great leaders expect a lot from their people.

If you expect a lot you’ll get a lot. Expect little, and you may get even less. Coach Vince Lombardi had a tremendous capacity to get more out of his players than any coach in his time. Ditto, Johnny Wooden, legendary Wizard of Westwood who led UCLA to so many National Basketball Championships. Both these men knew how to get their people to be team players — a critical part of the formula or expecting more. Conversely, coaches like former Maryland mentor Lefty Driesell have been criticized for not getting enough, for never being able to win “the big one.” One ACC coach remarked about Lefty’s Maryland teams, “Never has so little been done with so much!”

8. Great leaders show what to do and how to get it done.

They never expect their people to do something that they themselves would not do. If one’s philosophy is sound, then there’s never a question about the decision. That is best reflected in the attitude and actions of the leader.

When your people are crying out to be heard, they do so with huge billboards and almost literally flash certain signals to you. Both directly and indirectly they cry out “love me.” Show them some affection. They scream out “notice me.” Learn to pay attention. They say, “Please recognize me.” Reward them for a job well done. Admonish them when their behavior warrants correction. Great leaders understand and accommodate the needs of their people.

10. Great leaders learn to love others.

They sense the need to build others up, many times even at their own expense. They can fire you and make you feel good about the process. The reason is they always deal with the performance and never the performer. Love the person, regardless of the person’s behavior. If they behavior is unsuitable, then speak to that, but never the performer.

They keenly seek the role of leadership because it carries with it the awesome burden of responsibility. They are not drawn to power nor do they shrink from it. They see it as an incidental by-product of the leadership role. They always hold themselves accountable and never blame outside factors like interest rate or the stock market. They understand that if you fail in school, it’s not the teachers who fail you; they just deliver the bad news. If you fall behind in the marketplace, it’s not the market that failed you; it’s simply reflecting your latest performance rating.

12. Great leaders are in a constant state of change.

The trouble with the future is it ain’t what it used to be! Great leaders are in a constant state of innovation that forces them to look at old problems with new solutions. They view “state of the art” as state of necessity. They spend thousands of dollars on training and working with their people. They adopt the philosophy that “you can’t have rabbit stew until you catch the rabbit.” You can’t dispense information that you haven’t got. How would you like to be operated on by a surgeon that hasn’t been to school in ten years?

Last October’s crash of the stock market brought the best out of many of yesterday’s great performers. Fate dealt them a severe blow. Many lost a fortune on Monday, but began to rebuild on Tuesday. They possess flexibility and resiliency. They bend but never break. They give, but never completely.

14.Great leaders have a charming sense of humor.

They laugh at their failures and take their successes in stride. They take the light things seriously and the serious things lightly. They constantly have fun, finding the genuine humor in the tragedy of the situation. They laugh at their shortcomings and accept them as part of the hand God dealt them. They possess an enthusiasm for life that transcends any problems they face.

Quite simply, they persist in their cause with reckless abandon. First, they believe in what they are doing. Second, the word “quit” simply doesn’t exist in their vocabulary. Third, they have powerfully strong convictions about their cause, and see their cause as a part of a bigger picture. Fourth, they are self-disciplined beyond understanding. Fifth, they are uncomplicated and hang tough through good and bad. Sixth, they understand sacrifice. Seventh, they enjoy the process of work. Eighth, they have morals that they won’t compromise. And finally, ninth, they subscribe to the theory, “if it is to be, it’s up to me.” They know that the buck stops with them.